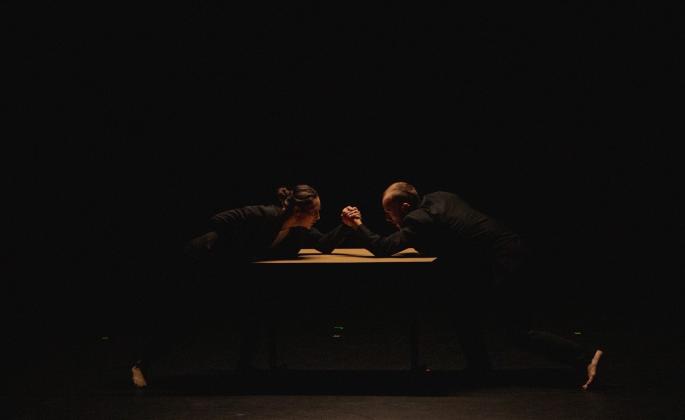 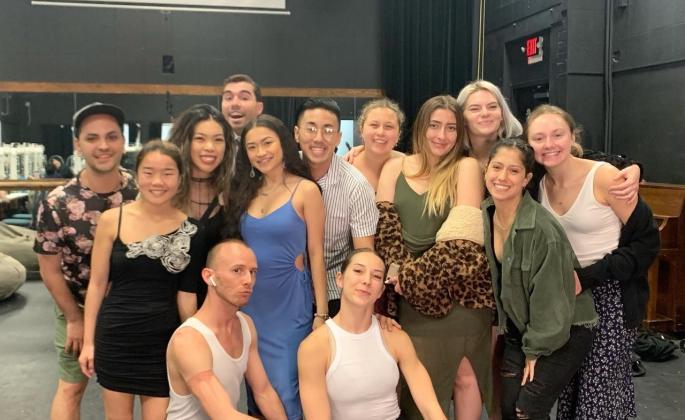 The day before the COVID-19 CSU travel restrictions were announced on campus, fourteen SSU students arrived for the four-day ACDA West Regional Conference held at Scottsdale Community College in Arizona in early March.

Participation in ACDA is a highlight of the spring semester for college dancers across the country. The conference is an opportunity for new experiences through an array of dance classes taught by faculty and guests from participating schools. SSU students took up to four classes per day and viewed over 60 dance pieces during six concerts.

Frankie Henderson's Labeled Package was selected out of 40 dances to perform in the closing Gala Concert at ACDA West Regional Conference. The Gala Concert featured ten pieces selected by the adjudicators as standouts for their artistic integrity, inclusivity and strength in performance.

The adjudicators stated that Ms. Henderson's work was “Subtly poking at gender norms through iconic gestural movement choices, forceful interactions, and equitable costume choices, this duet was performed by a pair of captivating and powerful dancers. Supported by the use of a simple and focused set, the intensity of their performance, as they peeled away their suit coats and moved masterfully through intricate partnering sequences, fostered a sense of both rivalry and interdependence. With its rich range of layers, Labeled Package told the viewers much about this relationship, while leaving ample space for audience imagination and interpretation.” Out of those ten dances at the Gala, Ms. Henderson’s Labeled Package was one of two dances selected to perform at the Carpenter Center in Long Beach for the National Conference in May.

Congratulations to everyone who participated and performed at ACDA and special congratulations to Ms. Henderson and her dance partner, Justin Brown, on this terrific achievement and national recognition.